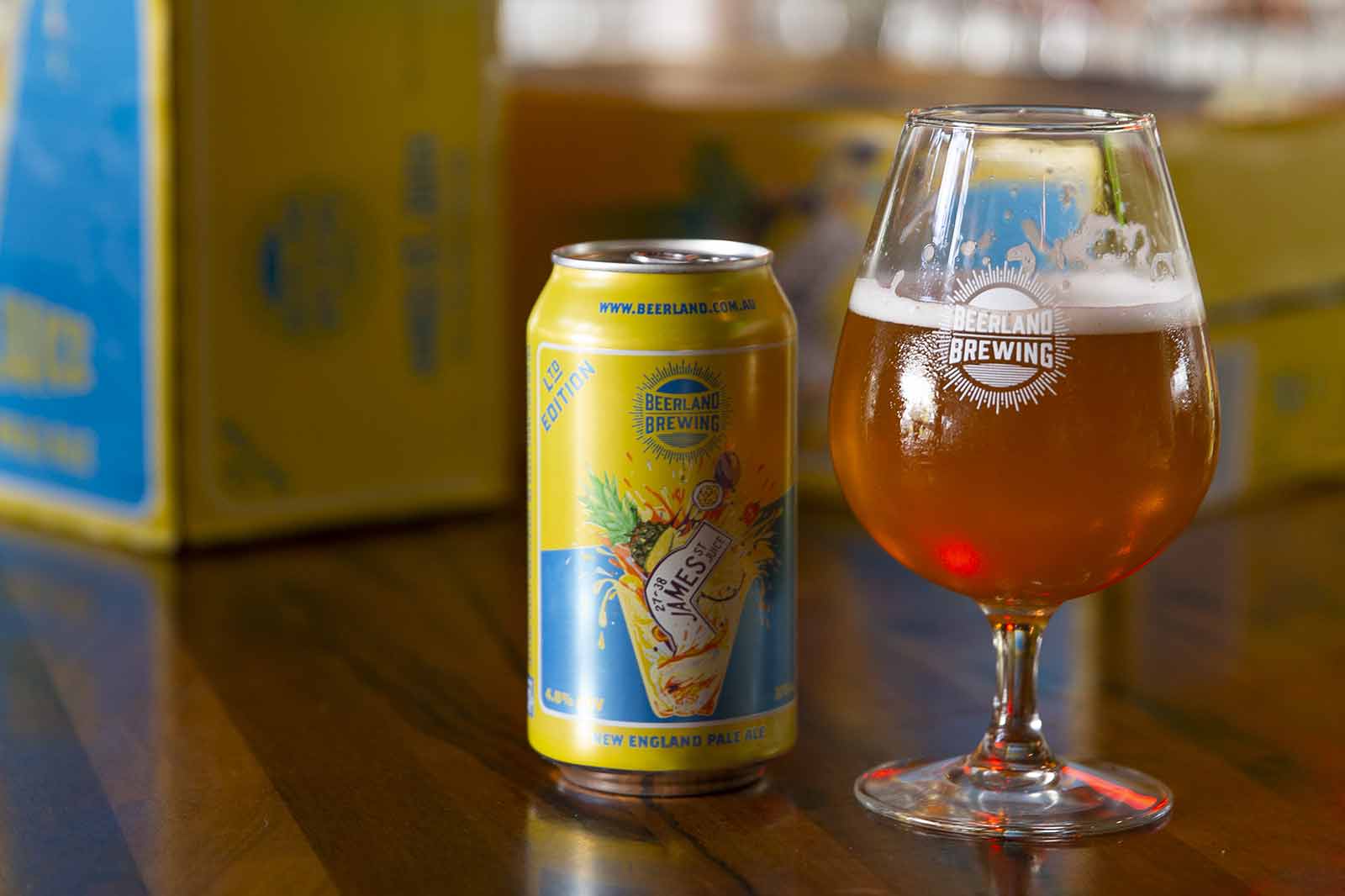 Beerland Brewing has added to their packaged range products with the ongoing release of its 4.8% Ltd Edition brew ‘James St Juice’ New England Pale Ale.  Joining Beerland Wheat and Pale Ale, this will be the first Beerland product to be released in a 375mL can format.

Described as having all the hallmarks of a tropical fruit juice, this 4.8% brew pours a thick golden haze with pineapple, passionfruit, orange and mango on the nose. With a silky mouthfeel from oats and torrified wheat lends to a surprisingly dry finish, with just enough bitterness to let you know it is still beer.